Which MLS Team has the Best Soccer Supporters?

Every year Soccer analysts, and rabid hooligans leading drum chants in the parking lot, compile their lists of the Best Soccer Teams and Most Valuable Players. Yet the MLS supporters – those passionate, beating hearts of the game – are always overlooked.

Well, it’s time the best MLS supporters got the attention (and ranking) they deserve.

Our Countdown: Best Soccer Fan Base in the MLS 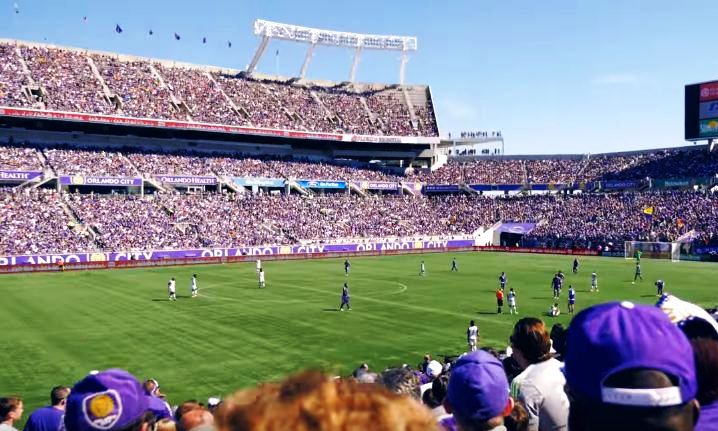 The Lions currently fit 34,000 supporters in the Citrus Bowl, enough to earn them a spot on this list. A season-total of over 300,000 Orlando supporters beat Latin-style drum rhythms before, during, and after, games, inside, and outside the stadium. These fans keep momentum rolling and energy high.

Orlando City SC supporters even persuaded the team to build a new soccer-specific stadium. Powerful supporters like that are enough to put them among the top 5 supporter’s groups in the MLS. 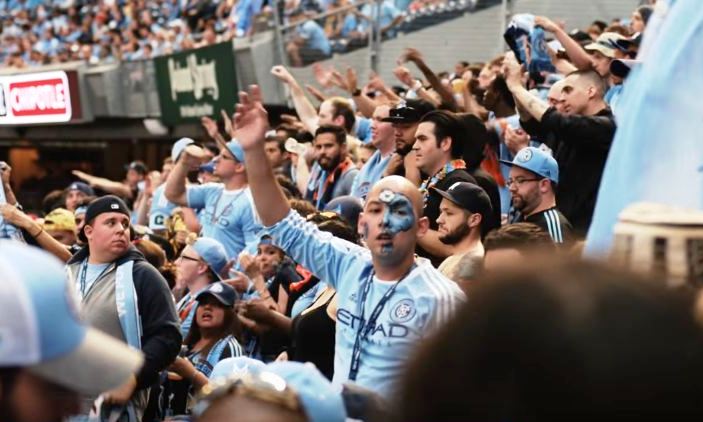 Though playing in a baseball-designated stadium has its downsides, one bonus is that supporters can pack the stands. An average of over 26,000 NYCFB supporters turn Yankee Stadium into a sea of blue during each match. Add to that the team’s 16,000 season ticket holders, and you’ve got one awesome fan base.

NYCYC also boats the league’s only all-female supporters group, The Blue Ladies, and one of the best rivalries in the MLS. If you love raucous supporters, tune into the three matches between local rivals NYCFC and The New York Red Bulls.

Fans of these teams hated each other even before they played their first match, and unearned spite is at the heart of any great rivalry. Only truly inspired supporters could muster such love for their local club. 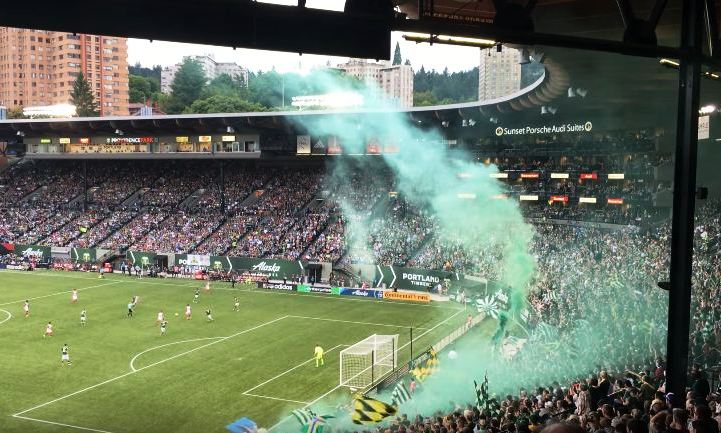 Timbers’ supporters have sold out 65 consecutive home games. As if that weren’t enough testimony to the passion of these fans, the waiting list for season tickets is 10,000 long, and they have as many season ticket holders as most college football teams.

Timbers’ supporters love soccer and show up in droves to support their team, creating perhaps the best MLS atmosphere, and an environment that’s about as close to a European football match as you can get stateside.

While those numbers alone are enough to place them on this list, it’s their traditions and strong rivalries that put them at number 3. Anything involving a chainsaw is great, so you’ve got to love the Timbers’ tradition of cutting rounds off a log whenever they score a goal. A chainsaw and soccer? I’m there.

Oh, did I mention a rivalry? Seattle and Portland. These cities would hate each other even without soccer. This rivalry has history too, stretching from 1975 to present and spanning multiple leagues. Many compare this to the best rivalries in the European leagues. Timbers’ supporters fed this beasty rivalry until it became one of most monstrous in the league. Only some of the best MLS supporters could accomplish such a feat. 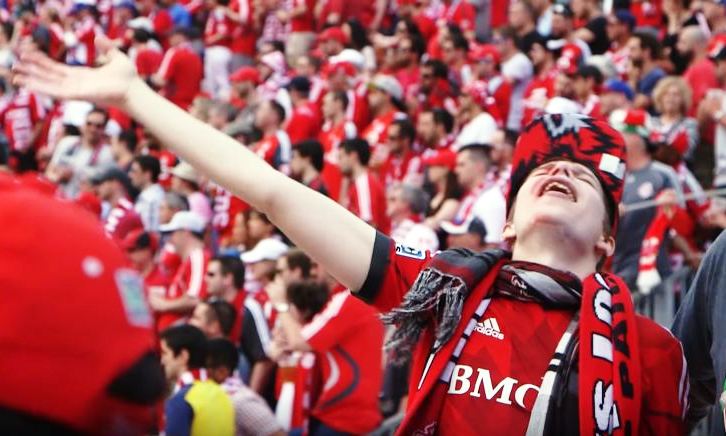 Averaging 27,000 supporters per game is itself impressive, but Toronto’s supporters earned their number two spot through sheer love of the sport.

No other MLS team embraced supporter culture by lowering ticket prices and reworking the roster because supporters demanded it.

No other group of supporters can lay claim to actually making their team better. And so much better that Toronto FC now sells the second largest number of season tickets in the league.

Not to mention these supporters drive one of – if not the best – rivalries in the league. Toronto versus Montreal already pits English versus French, art versus business, East versus West, but it also has one thing no one else does, a dedicated hate-song: “We Hate Montreal.” With a song like that, sung by ardent Toronto supporters, it’s no wonder that physical altercations, and vandalism have followed intense matchups.

These supporters bleed for their team and that’s why they are near the top of the list of best MLS fans. 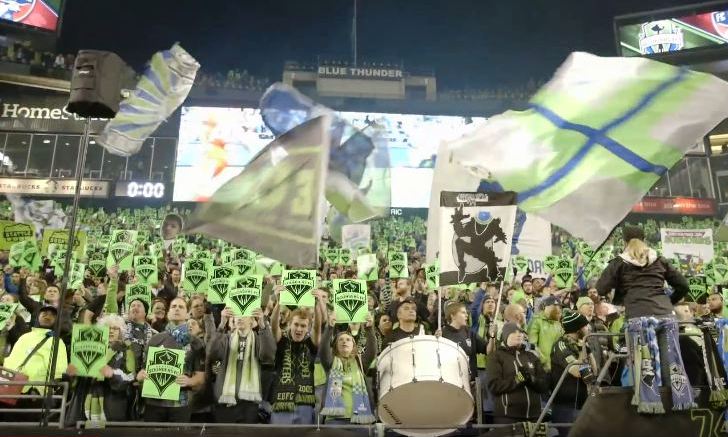 No matter how you look at it, Sounders’ supporters deserve their place atop this list: highest average attendance (40,000), most season ticket holders (34,000), filling Century Link Field beyond capacity (115%).

If there was an award for supporters (which, again, there totally should be), Sounders’ supporters would be in the running every year. Throw into the mix two of the league’s best rivalries (Portland and Vancouver), one of which is the oldest in the MLS, and you have one amazing group of supporters.

Oh, and did I mention they have their own marching band that not only parades to every home game but also pumps out music from Latin to pop? 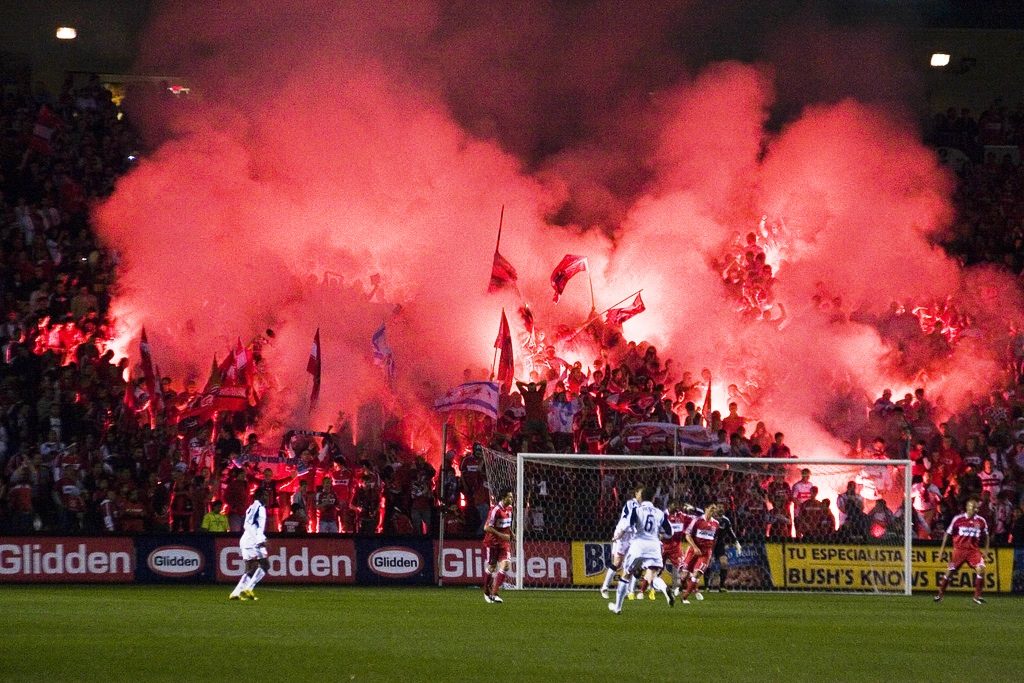 We believe that all soccer supporters (especially MLS fans) deserve a special recognition. Narrowing the list down to 5 wasn’t an easy job, but with fan bases growing each year and multiple new teams coming to the league, nothing is set in stone!

Did we leave your team out? Please let us know in the comments below which supporters should be considered as the best in the MLS!